It's funny what you find while unpacking after a move. I only vaguely remember captioning this box, probably because I did it like a zillion years ago. I'm thinking I probably need to toss these out. 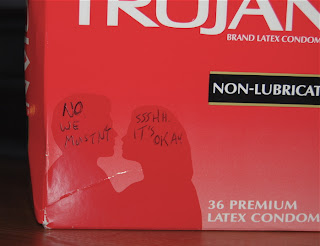 Email ThisBlogThis!Share to TwitterShare to FacebookShare to Pinterest
Labels: fun for the whole family, moving

The Ash and I watched "Lars and the Real Girl" the other night. If you've seen a preview for it, then you pretty much know the premise. No big surprises or anything. I've kind of been thinking about it off and on ever since the closing credits rolled. It's not so much the quality of the film, although I'd say it's a perfectly fine piece of work. Where I think it really succeeds is the fact that they took this totally ridiculous and yet not so ridiculous premise and really committed to it all the way to the end. Which, of course, wasn't much of a surprise either. But a story isn't just about its ending, it's about how it gets there.

Which reminds me of this friend I had back in college who had this whole thing about watching movies competitively. It was always him vs. the film. Anytime we talked about a specific movie, he loved to brag about how soon he had its ending figured out. As if, by guessing the ending prior to the movie's midpoint, he'd somehow beaten it. Great guy, but he could be an annoying prick that way.

But back to Lars. Here's what really struck me about it: out of all the movies I've watched recently, I'd have to say that this one requires the most suspension of disbelief. See, you've got this guy, this one single solitary guy, who develops some, shall we say, mental issues. But rather than being ostracized by the community, rather than meeting with a reaction of fear-turned-anger-turned-hate, rather than freaking everybody the hell out, the entire community rallies around to protect, support, and care for him in what is obviously a time of need. Not just his family, not just a few nice folks from the church, but everybody. Maybe my vision of humankind is too bleak, but I just don't see that happening.

Which is not to say that I don't think it should happen. I love the idea of a community that exists to support the people out of which it is made, even, or perhaps especially the ones on the fringes. I love the thought of people not getting all bent out of shape when confronted with the fact that someone in their midst has some serious shit going on. Just a simple "these things happen" kind of attitude. Fact is, a lot of people, myself very much included, are usually too wrapped up in their own day-to-day bullshit to be able to pull up and take notice, much less be of use. I tend to think that people like Lars may not always be so lucky in the real world.

And I guess that's what was weird about this movie. Imperfect people in an imperfect world somehow managed to act, well, sort of perfectly. Or at least close to ideal. Idealism sometimes gets a bad rap, as if it is a synonym for naivete, but I don't buy that. I'd love to live in a world that kind.
Posted by Unknown at 10:21 PM 6 comments: 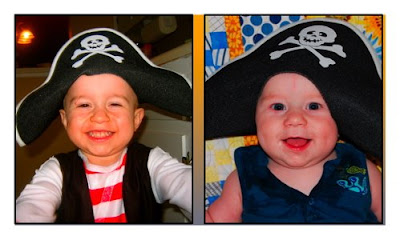 So yeah, I had a post up here with a re-dialogued Thomas the Train video, and it's gone now. If you read me in a reader, then you probably still see it. Problem is, when I watched it last night, I must have been tired or not paying attention because I missed the fact that it uses certain words, certain racial slurs, that I'm just not gonna have on this blog. Profanity's one thing, you'll find it all over the fucking place around here, but when you jump into racial slur land, I can't jump with you.

So apologies to any offended, but that's just how it's gonna be.
Posted by Unknown at 9:54 AM 3 comments:

Email ThisBlogThis!Share to TwitterShare to FacebookShare to Pinterest
Labels: apologies

Stank You Smelly Much

So when we moved into this house, we knew there were some things we would want to change. The previous owners did a fine job taking care of the place, but it definitely needs a bit of that home improvement action that's so politely referred to as updating. You know, like:

"Oh, it's in great shape, it just needs a bit of updating."

"Ripping out that green shag carpeting will go a long way towards updating this place."

Yay for HGTV. One of the updating projects we knew we were going to do at some point was the floors. Most of the house has rather dingy carpet that's long since done its duty and needs to be retired. So we added floors to the list, content that we would return to it soon enough.

Which brings us to last Friday night. We had just finished season 1 of "The Wire", and were on our way to bed, pausing only long enough to let the dog out to relieve himself. At one point, I looked outside to see him squirming around in the grass, and smiled at the sight of it.

Oh, if only I'd known. A few minutes later, I opened the door to let him in, and was immediately assaulted by the smell of burning tires. Elliott ran inside and proceeded to do his squirming routine all over the carpet. I went upstairs where Ashley was brushing her teeth.
"Do you smell that?"
I had barely gotten the question out when she pinpointed the odor's source: "SKUNK!"
The family dog had been sprayed.
Neither Ash nor myself had ever dealt with a skunk spraying before, so we had to consult the 'webs. We found a lot of ideas and surefire cures, but unfortunately, they all involved stuff that we didn't have on hand. We finally ran across one post by someone claiming to have limited success with dishwashing liquid. So at 11:00 at night, I found myself kneeling next to the tub bathing a rather stinky, rather confused, and very unhappy dog in dish soap. I could almost hear his voice of protest. It sounded just like Bobcat Goldthwaite.
"That cat-looking thing sprayed its yuckies all over me for absolutely NO REASON, I was just trying to say hello, ya know? And now you people are giving me a bath? What gives man?"
I bathed him 3 times before it was all said and done, and his resistance grew with each lather-rinse-repeat. He still stank enough that we made him spend the night in the garage.

Of course, we still had the smell in the house to deal with. The dog had effectively rubbed skunk scent into the living room carpet, the very carpet we were planning to tear out at some point. It seems Some Point had arrived. We yanked up the carpet and hauled it outside. I made it to bed by about 1:30 after pulling up enough of the carpet tack to be reasonably safe, leaving the rest for the next day.
Saturday was supposed to be test-drive/buy car day for my wife, which meant she was going to get a pretty kickass Mommy's Day present. Instead, we spent the day purchasing new flooring, which is now sitting in its unopened packaging, waiting to be laid down very soon. We also bought some skunk smell remover at the pet store.
Now it just remains to be seen whether or not ours is the type of dog that learns his lesson on these things. Based on past experience, I'm not tossing out the Skunk-B-Gone anytime soon.

So how was your weekend? 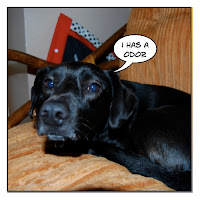 Recall, if you will, that whole house thing I was all scared to even talk about a while back. Well, the deal went through, money and keys changed hands, and the house is ours. We moved last Friday, thus saying goodbye to the teeny little rent house that my wife had taken to calling The Shack, and hello to a house that we're falling more and more in love with. I love the house, the yard, the deck, the trees, the street it's on, the talkative old neighbor, the whole package. I even love the idea that I've got a ton of home improvement projects in my future. A lot of things worked in our favor to make this happen, not least among them a very cool landlord who let us out of our lease free and clear, asking only that we list the house for rent on craigslist for him. I ask you, whoever heard of such coolness?

This is eldest son's third move in his short life, and I'm determined to make it his last until he heads off to college. He seems to have picked up on the fact that this place is, in fact, the house where he lives now. We tried to reenforce that feeling after cleaning up the rent house by going around and saying goodbye to all his favorite spots there. Goodbye green room. Goodbye mommy daddy room. Goodbye back yard. It was cute, but I gotta say, it was not a difficult farewell.

We got to meet the woman who was selling the house. She lived here for almost 30 years, almost as long as the house has existed. She raised her kids here, and seemed to get a little bit emotional while we talked about it. She met the boys, and seemed happy to see that there would be children living here.

Earlier this evening, The Ash and I were putting our clothes away, and were raving about how we actually had room to put everything away without having to squash it all together. It occurred to me that it's good to be reminded not to take little luxuries for granted. A little gratitude always feels good.
Posted by Unknown at 9:29 PM 8 comments: