For me to poop on! 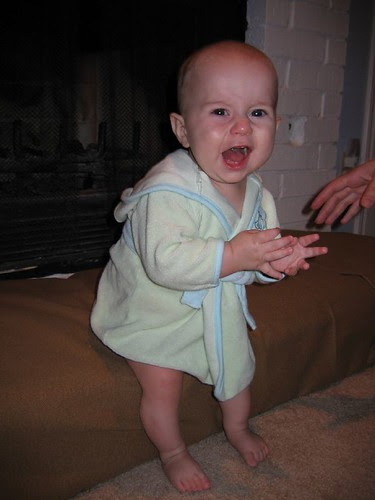 Posted by Unknown at 1:04 AM No comments:

So as of late, I've been feeling like a goddamn dirty hippie. No, I haven't gone vegan or starting wearing hemp. Have you ever priced hemp clothing? That shit's for RICH hippies. No, I tell ya, I'm feeling this way because as of late, it seems like every news story I read or hear about, I inevitably find myself thinking about it in terms of love. Yes, love. How love fits into the picture. Or in many cases, the lack thereof.

Let's just take war for example, since there are so many nice ones to choose from currently. Nations do not go to war because the hearts of their leaders and their citizenry are swollen to capacity with love and good will towards their fellow earth-dwellers. Fair enough statement? Of course there are plenty of reasons for the 21st century conflicts that we're currently engaged in, ranging from the official to the factual, and it'll be interesting to see which ones the official history books will choose to adopt in the years to come. But I can't help but think that the real reasons for most any war all come down to the fact that the men who are in power that made the decision to plunge into war have no love for humankind. They love power, they love wealth, and they love destruction, and they hate anything or anyone who stands in the way.

I don't know why our leaders are this way. Perhaps it's the catch-22 of power: those who want it will do anything for it, but those who want peace are typically not interested in power.

Posted by Unknown at 1:03 AM No comments:

Today I found myself thinking about that one line from "Fight Club" where Tyler Durden demands that Jack "Just let go." I found myself replaying that one line over and over in my head. After a while, it didn't sound exactly like Tyler Durden anymore, but became much less aggressive. Less "fuck it all and let's all hit bottom together" and more "hey, why don't you quit trying to control everything because you can't anyway and uuuuuh, yeah."

Maybe I shouldn't talk about hearing voices in my blog.

In other news, Henry is learning how to play with his spit.

Posted by Unknown at 1:03 AM No comments:

This is probably the most moving, not to mention sane, expression from anyone that I've read about the Israel-Lebanon conflict so far.

It's kinda long, but worth it.

Posted by Unknown at 1:00 AM No comments:

When the elephants rumble, the ants get crushed

When I was younger, I didn't care at all about politics. And when I say I didn't care, I mean I truly didn't care which way it went because it all seemed the same to me - the parties, the ideologies, and the people behind them all seemed like repackaged and reimagined versions of the same refried horseshit. Those in power were going to do as they were going to do, and from my youthful know-it-all vantage point, politics had pretty much no effect on my existence.

Fast forward to today. My outlook has changed quite a bit, but that's not what I want to talk about. In the last few days I've seen lots of articles pop up that offer explanations and opinions about the whys and whodunits behind this whole Israel vs. Lebanon war thing. And I've tried to read them, really I have. I've tried to gather together some facts and opinions in an attempt to develop some meager bit of understanding that goes beyond the standard "the Middle East is a swirling mass of violence and bloodshed and that's just how it is" that we typically fall back on.

Maybe I should clarify.

I do care that people are dying every day. Soldiers, civilians, innocents, guilties, whatever, they're human beings. I do care that children are being orphaned and that parents are losing their children and that friends are losing friends and families are being torn apart and towns, cities, entire countries are being decimated. But what I'm really tired of caring about, what I can no longer find the energy within myself to be concerned about is the reason for any of it. Who attacked who first and who responded in what way and what historical conflict goes back to the cavepeople and which corporations are run by which thinktanks and have the balls of which politicians in their pockets --- I simply don't care. Because the way I see it, behind all the reasons and all the justifications and all the lies, it all comes down to one basic fact: these wars are being waged by people who have placed humankind second to their own need to wreak havoc and accumulate power. That's it. The inalienable unquestionable right to freedom, to peace, hell, even to live that is shared by ALL human beings, these things mean nothing to the warmongers. They're breeding hatred where there should be compassion, and perpetuating the fallacy that the only appropriate response to violence is more violence. It's a lie that we should all be sick of choking on by now.

And don't hand me that "freedom isn't free" crap. These wars aren't about freedom, and I sure as hell don't need George Bush writing any checks on my behalf.

So I guess at the end of it, what I'm saying is that I do care, but I'm sick to my stomach of hearing the justifications because there's no justification for this shit. Humanity has to come to its senses before it destroys itself. And I don't think any power in the universe would stop us from doing so.

Posted by Unknown at 1:00 AM No comments:

Oddities of the day

1) Henry picked his nose for the first time. We're totally proud. I still can't believe Ash didn't call me as soon as it happened.

That is all. More on other stuff later.

So tonight, the Holmes did something weird and different and attended a theological discussion group held at the campus of the Episcopal Theological Seminary of the Southwest. Crazy enough, I lived right next to that campus for a year of my college life and never noticed it there. Before I continue, let me make it absolutely clear that I am not making fun of any of the people in attendance. But I have to say, the conversation reminded me of a number of dormroom conversations held back in my days at university. You know, the deep kind, with quotes like:

- "To me, heaven is just an imaginary creation made up to keep the masses hopeful in the midst of their suffering"

- "You know in Eastern philosophies, they believe..."

And so on and so forth. The only difference was that in this case, the Holmes was the youngest one in attendance by decades, there were no pungent odors permeating the room, and there was no Pink Floyd, Doors, Jimi Hendrix, or any other classic rock playing in the background.

This slideshow cracks me up.

In case you're wondering, this is the cast of Slapdash Flimflammery 2006 in action figure form. Guess which one is the Holmes. SDFF happens tomorrow at Arts on Real. I've got my bags packed and my lunch made. Hope to see ya'll.

Ever since this picture came out in the Chronicle, people keep asking the same question, and the answer is "No, I'm not grabbing my crotch. I'm clearly breaking into a run."

Slapdash Flimflammery happens this Saturday, July 8th. Check the LGT site for the info, and make sure you haul your ass up there.

Last night on the way back from San Antonio, I sat in the back of the car with Henry because he was rather displeased. I was able to get him to sleep pretty soon, and then I just sat back and watched I-35 zip by and thought about peace. I just started reading this book, Parenting for a Peaceful World by Robin Grille, which so far has been pretty amazing. I'm only a little ways in, but the main tenet of the book is that advances in freedom and peace throughout history correlate directly to how society takes care of its children, and that care of children is a major piece of the puzzle with regards to steering our planet off of the violent course that it's currently on. But I was sitting there in the car feeling all good for getting the baby to sleep, and I started thinking about what a peaceful world actually looks like, and my first thought was that it was a world without violence, but then I thought, well that describes what a peaceful world is not, but what about what it is? And when I start thinking like that, my brain goes into a place where words seem laughably inadequate to describe what I'm envisioning, but the best I could come up with was that a peaceful world is a place where every human being is nurtured, where everyone's best is allowed to flourish, and where violence is not even an option on the table when it comes to conflict resolution because we've realized that to strike another is to strike ourselves. And then I started thinking about this thing that a wise friend of mine said one time, about how every person is an entire universe, which then caused me to think about that one scene in the first Star Wars (episode IV, the real first Star Wars) where they blow up Princess Leia's home planet right in front of her, and I thought to myself "What total bullshit. She barely even protests! If somebody was about to blow up everyone you know, wouldn't you be throwing a hysterical shitfit? Yet another reason why George Lucas is an asshole."