Because Noone Cheered Him Up

So I don't mean to turn this blog into "Yo, Peep My Kid's Artwork" dot com or anything - though that would undoubtedly make for a pretty good blog with tons of submissions - but this one really caught my attention. 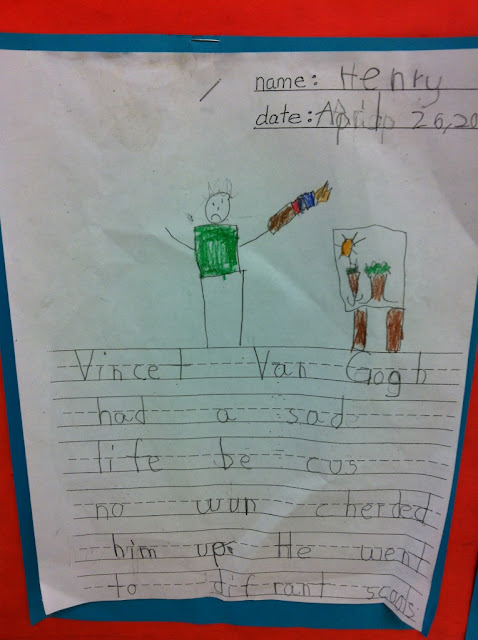 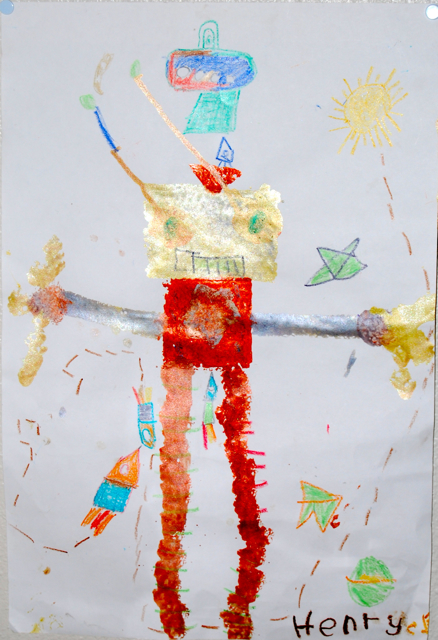 I found this sitting on the kitchen table one day when I came home from work. It's startled me how much I've been enjoying the art that my kids make, but this one in particular grabbed my attention. I asked the artist, my 6-year-old, if I could have it.

"Sure." I thought I detected a twinge of excitement in his answer, though it was heavily diluted with nonchalance.

"What's its name?" I asked him. He didn't have a name for it. I told him that as the artist, he had to give it a name.

"Well you could name it since I gave it to you," he said.

"How about Sergio?" I suggested. He didn't like that. That got the disapproving look and the shake of the head.

He looked at the picture for a moment as if considering it again for the first time since signing his name to it and setting it aside. "Penny, since his body is colored like a penny." It was not a suggestion. It was a christening. Penny was its name and its name was Penny. I liked it and I told him so.

"So does that mean he's a girl, since Penny is a girl's name? Oh, or since he's a robot, maybe he's not a boy or a girl. Maybe he's androgynous." And then I asked a 6-year-old if he knows what androgynous means, halfway expecting him to tell me that yes he did. But he didn't. I told him it was kind of like being both a boy and a girl or neither at all. Wait, is that right? I thought to myself. Is that the word I'm looking for?

As I type this, Penny hangs on the wall to my right. She has a great view of the clutter that is my desk.
Posted by Unknown at 12:40 PM 4 comments: