The main point of this post is just to have an excuse to put up the gif down below, but first I'm gonna write a bunch of words to explain it.

My primary creative obsession the past few weeks has been creating a series of comics for my friends in Loaded Gun Theory to help them promote their new show. Basically, they just gave me a copy of the script and let me pick out any snippets of it that I thought would work as a stand-alone teaser in comic form. Wanna check 'em out? Here's some links:

A Chat Over Chess

The process for these things started off with me creating a loose storyboard to figure out what pictures I was going to need. I can't draw for shit, so all the pictures in my comics start with photos. Since I was working with a script and actors in this case, I basically just put the actors in a spot and had them run through their lines while I snapped pictures of them from different angles. In some cases, I ended up getting kind of snap happy and ended up with assloads of pictures from a given scene, which when put together look something like this:

All that just to get this tense little exchange: 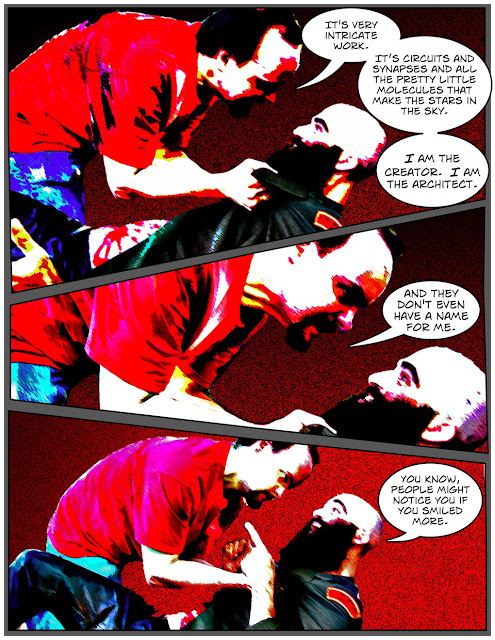 Those two dudes are my friends Bill and Ian in the roles of Geoffrey and Tiernan. My favorite pic from that whole session, which you can see tucked into the gif up there if you look closely, is this one: 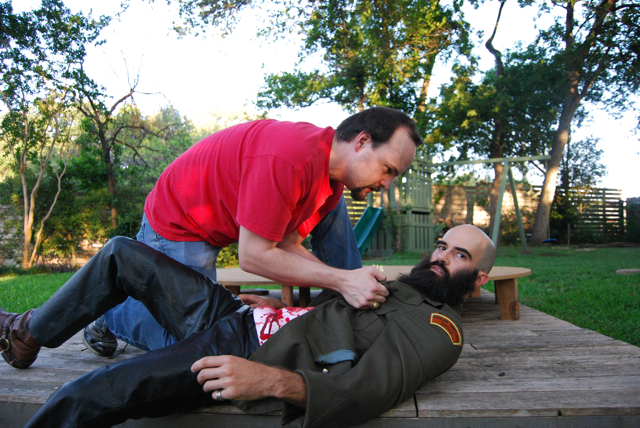 Almost as if he's breaking character, looking over at the director, and saying: 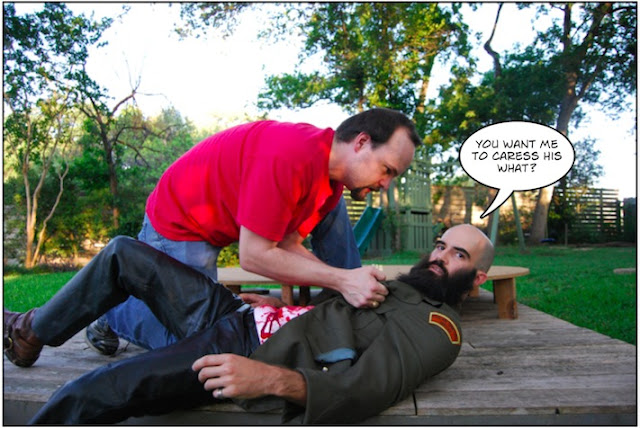 Email ThisBlogThis!Share to TwitterShare to FacebookShare to Pinterest
Labels: comic, i have awesome and talented friends, Loaded Gun Theory, theater